This is a blog written by GreenPAC intern Nicholas Sopuch. The opinions expressed in this article are of the author’s, and are not necessarily reflective of the views of GreenPAC. 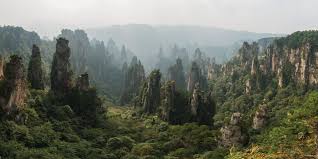 The question is, will China’s national interest shift away from economic productivity? If so, when? And what effect might this have on its regional biodiversity?

To answer the questions of if and when, one need only look to the fact that China is currently entering a period of altered growth. Instead of maintaining state driven investments at the massive amount of 50% of its national income (a rate higher than that of Japan in the 1980s), China is gearing its economic future toward consumer spending, the service industry, and technological innovation. This shift in spending is a reaction to the vast debt China has accumulated over the past twenty years, which now equates to approximately twice the size of its economy. Thus, as the once continuous, rapid growth of the Chinese economy diminishes, an economic growth rate of between 3 and 5% is to become the “new normal,” meaning that economic productivity will become less singular a focus for the Chinese state.

This change in focus could see an increase in environmentally-focused policies, especially those geared at emissions reduction and biodiversity protection, in China. While measures to protect biodiversity may have previously been incompatible with the past national objective of economic development, reduced opportunity cost may incentivize an embrace of environmental protection objectives in the coming period of slowed growth. As international pressure to immediately decrease emissions production continues to mount, it is an ideal opportunity for China to begin prioritizing environmental leadership and biodiversity protection. Current protection initiatives include the China National Biodiversity Conservation Strategy and Action Plan, the China-EU Biodiversity Programme, and the Nature Conservancy’s Conservation Blueprint project. Not only are these plans working to preserve China’s currently threatened species, but they may also drastically improve China’s environmental reputation within the international community.

Therefore, China’s recent history of poor environmental governance may be coming to a gradual, welcomed end, and its regional biodiversity stands to directly benefit. With reduced emissions and an increased likelihood of emerging environmental protection policies, currently threatened species may soon become safe from the effects of rapid industrialization in China.

Nicholas Sopuch is an intern at GreenPAC and a third year student at University of Toronto, pursuing a major in Peace, Conflict and Justice studies.