This is the fourth in a 5-part blog series on Gender and the Environment by Caroline Nguyen. The opinions expressed in this article are of the author’s, and are not necessarily reflective of the views of GreenPAC.

The 21st century has seen its fair share of viral epidemics: SARS, the Avian Flu, Mad Cow Disease, Ebola crisis, to name a few. Outbreaks of perilous diseases are instantly plastered on the news so that we become hyper-aware of their dangers, often for good reason.

This year’s Zika virus hysteria is no exception.

The Zika virus is a mosquito-borne disease that has been proliferating throughout the world, most notably in Latin America, the Pacific and increasingly in the United States. Zika spreads so rapidly because mosquitoes are prevalent, there is no cure, and the disease is transmissible between a pregnant woman and her child. A newborn born with a Zika infection risks having microcephaly, or a smaller head and an undeveloped brain.

The epidemic presents unique challenges to women for a number of reasons. First, Zika can spread sexually, and anatomical differences make women more prone to infection. Examples include proximity of genital orifices, ideal conditions for bacterial proliferation within vaginas, and risk of sickness in the case of menstruation mismanagement. Second, pregnant women are at risk of transferring the disease to their children. The Director of the Center for Disease Control and Prevention, Tom Frieden, has referred to Zika as “an unprecedented threat to pregnant women”.

It’s no surprise to see that the issue of Zika has extended into the realm of women’s health and gender rights, sparking debates on topics such as contraceptive access and the right to an abortion. But unfortunately, associating Zika with these already polarizing topics has stalled our abilities to prevent and treat Zika. In El Salvador for instance, a small country that has reported 6000 cases of Zika up until February, abortion is illegal no matter the circumstance, and can result in a 50 year prison sentence. The problem is compounded by Salvadorans’ limited access to contraceptives, which leads to higher rates of pregnancy and further spread of Zika. We see a similar issue of political inaction in the United States. There have been over 32000 reported cases of Zika, and yet the Senate squabbled over a $1.1 billion Zika vaccine investment due to opposing views on including Planned Parenthood on the bill. 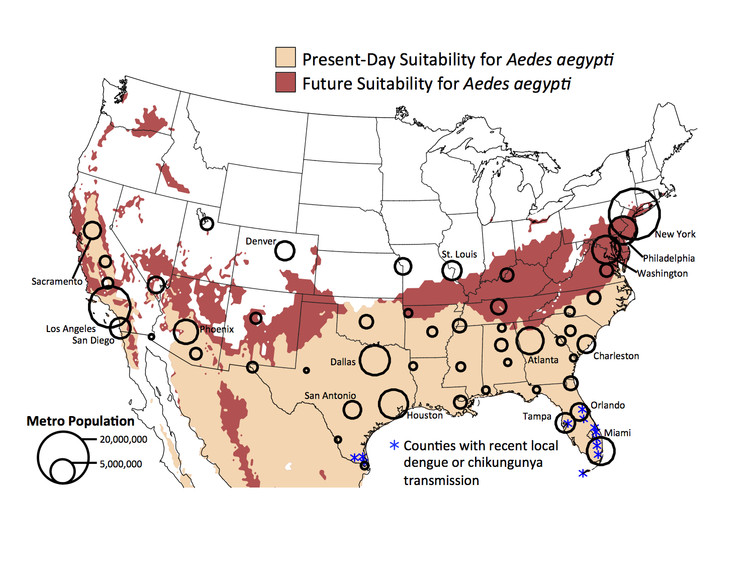 Zika is just one manifestation of how climate change is only going to make epidemics more frequent and deadly. A global rise in temperature allows disease-carrying mosquitoes (Aedes aegypti) to live longer and migrate North, extending the epidemic’s scope and duration.  And as disease spreads and we stall for a vaccine, women will continue to disproportionately bear the burden.

When we examine environmental issues and disease, we must not forget the link to gender. We must identify the reasons how and why women are particularly vulnerable, and then look for targeted solutions. In the case of Zika, it's time for government leaders to stop politicizing women’s issues such as contraceptive access and abortion, and begin to look for female-oriented crisis management solutions.

Caroline Nguyen is an intern at GreenPAC and a fourth year student at the University of Toronto, pursuing a specialization in Peace, Conflict and Justice Studies and a minor in French. Outside of class, she works for Canadian federal government and currently manages an environmentally sustainable and student-run café on campus, seeking to encourage local and green food service in the community.