Small But Mighty: How Far Can GreenPAC Go?

2017 so far has been the year when we’ve started to see how far a group like GreenPAC can go.

Just in the last eight months, our small but mighty organization has seen one of its endorsed candidates in a provincial election named environment and climate change minister. A second endorsee has been assigned senior responsibility in the crucial area of emergency preparedness, while a third was one of the provincial party leaders involved with the negotiations that eventually led to those appointments. 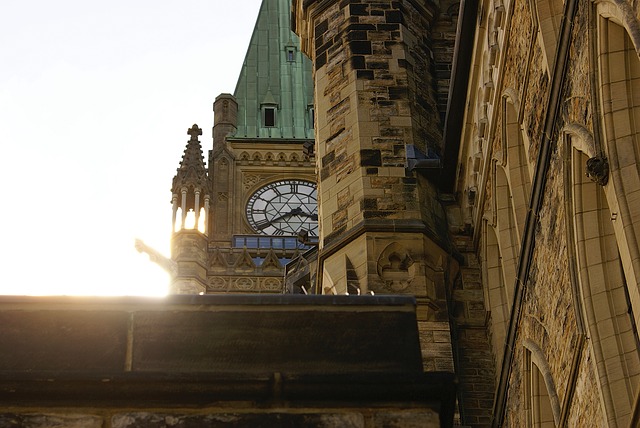 In Ottawa, two of our endorsed candidates from the 2015 federal elections hold Cabinet responsibility for natural resources and science policy, while a dozen others work to shape legislation and policy as members of the four major parties in the House of Commons.

One of those 12, Conservative MP Michael Chong (Wellington-Halton Hills), came in fifth in a crowded field of contenders for his party’s leadership, an outcome that placed him in the top tier of candidates after a hard-fought campaign. His strong showing among his party’s delegates shows a growing base of support for the exceptional environmental leadership he delivers through a conservative lens.

Year after year, as more of our endorsees win their seats and are gradually assigned more responsibility within their Cabinets or party caucuses, we see a critical mass of environmental leaders beginning to make their mark at the provincial and federal levels.

And what we’re realizing—as we see Jennifer Rice step up as Parliamentary Assistant to British Columbia’s emergency preparedness minister, or Joyce Murray take on greening of government initiatives as Parliamentary Secretary to the Treasury Board President—is that our endorsees don’t have to hold environmental portfolios to make a difference. Whether their focus is wildfires or pipelines, health or housing, procurement or infrastructure, they’re making better decisions by bringing an environmental lens to their work.

We’ve also made great strides building up our internal organization. A key factor in our rapid growth has been our spectacular Executive Director, Sabrina Bowman—I still maintain that bringing Sabrina onboard was the best decision we’ve ever made as an organization. Our active, engaged volunteer board continues to lead with insight and dedication. We’ve added a new staff position at our Toronto office, and I’m continually grateful and astonished at the remarkable skill, experience, and commitment our volunteers bring to GreenPAC.

Things Are About to Get Interesting

It’s been a whirlwind ride so far. But we’re just getting started.

This fall, we’ll be putting a lot of effort into election preparedness, knowing that Ontario and Quebec—Canada’s two largest provinces—both go to the polls next year. In 2019, we’ll face a provincial vote in Alberta, followed by the federal election. The prospect of four high-stakes campaigns in two years is both a logistical challenge for an organization that really is both small and mighty, and a massive opportunity.

At GreenPAC, the outreach and engagement effort never stops, and thanks to our magnificent Outreach and Volunteer Coordinator Kate Belmore, we’ve never been better at it. But we know it’s important to seize the moment when the people we want to reach are most receptive to our message. And for an organization devoted to environmental leadership in elected office, that moment is usually an election.

Until now, GreenPAC’s strategy has been to concentrate the resources available to us on a single campaign each year. But 2018 and 2019 will test that approach, leading to some careful conversations with supporters and some tough decisions for the Board.

We don’t want to bite off more than we can chew.

We don’t want to miss any opportunity.

And we do have a long-term objective, over the next three election cycles, to ensure that one in 10 elected federal MPs have been endorsed through the GreenPAC process.

The good news, with 14 of our 18 federal endorsees winning their seats in 2015, is that we’ll hit our target in the federal Parliament if we can repeat our past performance in the next two campaigns. But that result will take hard work, constant innovation in the way we engage with Canadians—and of course, it takes resources. (Cue the DONATE and JOIN buttons at the bottom of this page.)

It’s a monumental task. But I know our dedicated staff and volunteer team and our extended network of donors and supporters can make it happen. When I look back at how much ground we’ve covered in just over two years, I can’t wait to see what happens next.

Aaron Freeman is Founder and President of GreenPAC.