This is the third blog in the Leadership Spotlight series showcasing environmental groups across Canada and the support they receive or lack from political leaders. The series will present a wide spectrum of views that do not necessarily reflect the views of GreenPAC. 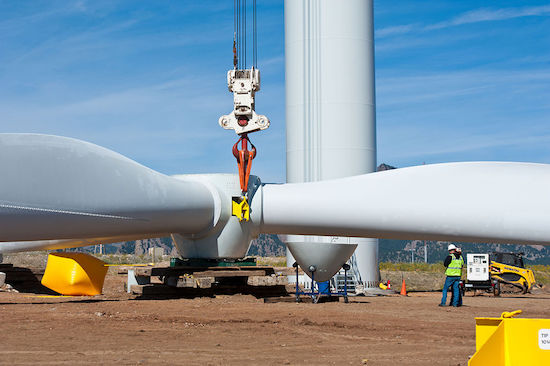 In British Columbia, energy is a divisive issue these days. There has been great debate in the province on the $36-billion Petronas liquefied natural gas (LNG) project, and Kinder Morgan’s Trans Mountain pipeline expansion continues to face hurdles. What’s going on?

The debate on energy and the environment is polarizing, says Maximilian Kniewasser, B.C. Climate Policy Program Director for the Pembina Institute. “One side argues that we must not allow any more fossil fuel development,” he told GreenPAC in a recent interview. “The other argues that addressing climate change is secondary to developing our fossil fuel resources quickly, while they’re still in demand around the world.”

It’s tough to find common ground, especially when projects are hailed as both economic miracles and environmental disasters.

“Climate change is real, and it needs action,” Max says. “At the same time, fossil fuels still play an immensely important part in our energy system, and will for some time to come. It seems that these are two realities that are hard to square up.”

Pembina, one of Canada’s leading energy think tanks with an emphasis on natural systems, is at the heart of a debate that is by no means easy to resolve. But “there is more common ground and opportunity than many people realize.”

Max then gives us examples of how the environment and economy can go hand-in-hand:

These are just a few examples that contradict the myth of an energy/environment dichotomy. But how can the newly-formed BC government properly detect and implement these common ground approaches? Max has two pieces of advice for the province’s new leaders.

The first is to embrace strong climate action and accelerate the transition to a clean growth economy. One of Pembina’s current projects looks at the clean growth opportunities in BC, and the results so far are promising.

"BC is very well set up to lead and profit from this transition,” Max says. He cites the province’s significant clean technology sector, a sector that rakes in billions of dollars globally and is growing fast. He also highlights that rural BC can provide raw materials needed to build out the clean energy system, and implement sustainable forestry and agriculture practices.

The second is to bring many voices into the energy conversation. “What I would like to see is more willingness to hear the concerns from other groups and engage them in a manner that finds common ground,” says Max. “Any long-lasting solution must have buy-in from a broad group of stakeholders.”

While Max says it’s too early to assess the new government’s direction, it’s clear that constructive leadership that includes a wide range of voices is essential.

Will British Columbia’s new government take notice? With GreenPAC-endorsed MLAs in all three parties in the provincial legislature, it’ll be interesting to track the role of cross-partisan environmental leadership in building better policy decisions.

Danielle Pal was a summer intern at GreenPAC. Click here for more on the Pembina Institute.