Ontario’s at the Starting Gate. GreenPAC is Ready.

With the official election period in Ontario set to begin in less than a week, it’s exciting to realize that GreenPAC is better prepared for the campaign than we’ve ever been before.

We issued our seven candidate endorsements earlier than in previous campaigns.

Hundreds of people across the province have already filled out our Candidate Matching Tool (here’s why you should, too), and many of them have pledged donations to the candidates of their choice.

We’re making better, more strategic use of phone, email, and social media to help our supporters find and connect with the endorsed candidates who match up with their own environmental priorities and political values. 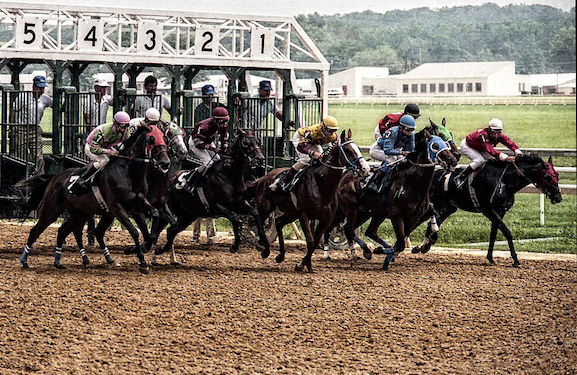 Our media outreach in local ridings is already producing results, and we’re going on a  province-wide tour to draw more attention to our call for stronger environmental leadership on all sides of the provincial legislature.

Our candidates know that we’re in their corner, and they’re thrilled to receive our support and yours.

With your help—we’ve come a long way since our first campaign in 2015—we’re getting more done, drawing more attention, delivering more results. Over the next six weeks, we’ll be pulling out all the stops to help supporters like you raise their voices and have an impact on a campaign that is crucial for everyone who cares about the environment in the province, of every political stripe.

Most of the work we’re doing in Ontario is based on the lessons we’ve learned from our past campaigns— in the 2015 federal election, in Manitoba in 2016, and in British Columbia last year. And the ideas and insights we gain this year will make us even more effective when we endorse and support candidates federally in 2019.

Because that’s the GreenPAC way.

From the very beginning, we’ve set out to build a vision of cross-partisan environmental leadership that is unique in electoral politics. We’ve sought out advice and expertise from people who’ve run and won campaigns for all the major parties, at all levels of government.

But even so...a campaign that works across party lines to put environmental values front and centre is something new and different. So it stands to reason that we’ll learn the most from our own experience.

That’s the longer-term vision. But we know the vision is right when we can see it making a difference right away, after every campaign we run.

When we see our endorsed candidates sponsoring legislation and negotiating budget items that will make a big, practical difference on a pressing environmental issue.

When two elected politicians, both endorsed by GreenPAC, talk across party lines to define the environmental values at the heart of a provincial government’s mandate.

When one of our endorsed candidates runs for a federal party leadership and reaches the top tier in a crowded field.

When the next Ontario legislature convenes, we’ll need our seven endorsed candidates at the table, watching out for the natural environment and the green economy that each of us depends on. Over time, we’ll need Queen’s Park and every other Canadian legislature to shift perspective, so that environmental values are always front and centre.

It’s a big challenge, and we won’t get there overnight. But the Ontario election is our next opportunity to move one step closer.

Fill out GreenPAC’s Candidate Matching Tool today! Then let’s get out there and elect more proven environmental leaders to the Ontario legislature.