With elections in Nunavut coming up October 30, GreenPAC interviewed two candidates to shed light on the key environmental issues the territory is facing, and how they envision environmental political leadership in Nunavut, and Canada more broadly.

Given its geographic location, Nunavut faces some of the most tangible climate change impacts of any Canadian jurisdiction. Candidates Adam Lightstone, running in the Iqaluit-Manirajak constituency, and Franco Buscemi in the Iqaluit-Niaqunnguu riding, both said the climate crisis needs to be addressed now.

Nunavut is unique in Canada for its non-partisan legislative system, and because people’s livelihoods are so directly intertwined with nature. 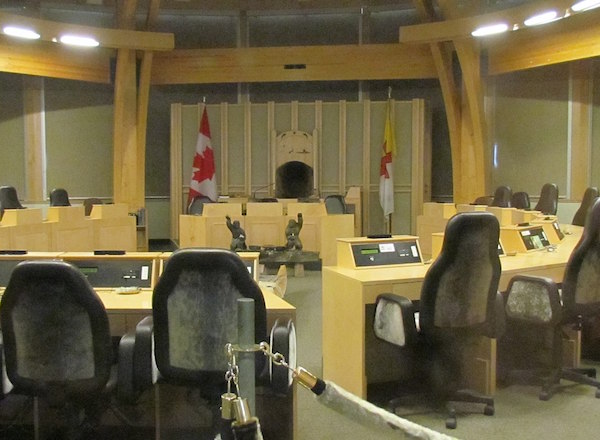 Both candidates pointed to Nunavut's unique ability to promote environmental values in a non-party electoral system. Lightstone said it will take a lot of cooperation in the territorial legislature to get programs up and running to produce tangible results, but that’s all the more reason for other local environmental leaders to run for office.

Buscemi said his connection with the environment began with his experiences as a child—playing outside, splashing in puddles, picking berries. As an adult, he’s part of a strong hunting and gathering culture that gives many people in Nunavut a daily relationship with their environment.

That connection means “the environment is still the biggest factor” as Nunavut finds its place in an industrialized world, says Buscemi. Which is why Lightstone said Canadians “need to start making changes to save our communities, culture, and planet for future generations.”

A New Focus on Climate Change

Lightstone suggested that while Nunavut has always been geared towards the environment, it has mostly focused on environmental protection, to make sure economic development doesn’t interfere with traditional land uses and wildlife habitats. But despite the climate change impacts they see every day, the territory’s remote communities still rely heavily on fossil fuels for essential air travel and diesel for local power generation.

Given the high cost of Nunavut’s current energy mix, Buscemi agreed that the effort to reduce the territory’s carbon footprint would also bring down costs. With population growth ahead, leading to increased pressure on power, water, and other infrastructure, he said now is the time to plan for a more economically and environmentally sound future.

In his visits to homes across Iqaluit-Manirajak, Lightstone is meeting people who are pleased that the environment is becoming a top priority.

While Franco and Lightstone have different ideas of how to address climate change, they both see the need for long-term planning and cleaner energy sources to ensure a better future, cut carbon emissions, and reduce costs.

“If we don’t have an environment that’s clean and sustainable, it doesn’t matter how educated we are,” Lightstone said.

“Climate change is already being felt. If we don’t act now, it’s our children and grandchildren who are going to be affected.”

Tina Lee is an intern with GreenPAC, and an environmental studies, economics and environmental geography student at the University of Toronto.