When GreenPAC formed in 2015, our fondest hope—and a key measure of our success—was that the elected officials we endorsed from all parties would actively promote strong environmental policies after they took office.

As the federal Parliament moves past the half-way point in its mandate, that leadership is beginning to hit critical mass. The country’s precious natural environment could be the big winner. 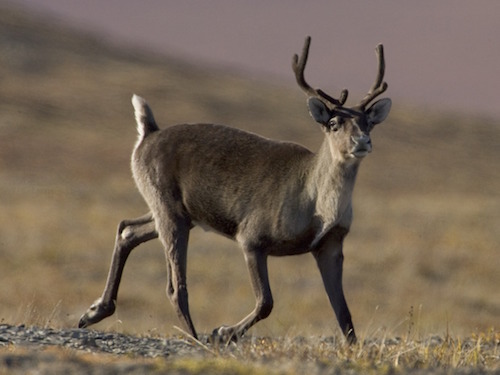 Then earlier this month, endorsee Will Amos (Liberal, Pontiac) assembled signatures from 115 MPs and Senators from all parties for a letter urging Finance Minister Bill Morneau to invest $1.4 billion over three years in protected land and marine areas.

That’s the way Parliament is supposed to function—with close attention to environmental values, and co-operation across the partisan divide. And it’s exactly the kind of legislative leadership GreenPAC was built to support.

How to Build a Budget

The breaking news last week was Amos’ push for what the Globe and Mail describes as an “historic expansion” of the country’s network of protected areas. “The pledge would ensure that Canada meets its commitment under the United Nations Convention on Biological Diversity to protect at least 17% of its land by 2020. According to recent reports, just more than 10% of Canada's land is currently protected,” the smallest proportion among G7 nations.

Amos cast the letter as a non-partisan effort that “isn't just about the conservation of our most special land and waters. It’s about enabling what we have promised to do internationally while recognizing that there are major economic conservation opportunities, notably in the form of tourism for rural regions."

The three-year investment, followed by $470 million per year to pay for enhancement of protected areas, parallels the lead recommendation in this year’s Green Budget Coalition report.

And this isn’t the first time Amos has used his convening power as a backbench MP to promote a targeted environmental budget priority. Last year, after he gathered more than 50 MPs’ signatures from all parties for a letter asking Morneau to fund the National Indigenous Guardians Network. Budget 2017 included $25 million over five years to pay for pilot projects for the network.

Shutting Down a Loophole

In late November, meanwhile, Environment and Climate Change Minister Catherine McKenna announced she was accepting Cannings’ common-sense argument that governments must meet a fixed deadline to make a decision whenever the Committee on the Status of Endangered Wildlife in Canada (COSEWIC) recommends a species for protection. Cannings had proposed a one-year span. The government settled on a two- to three-year limit. But the loophole was still closed, and the outcome was seen as a win.

“Unfortunately, previous governments found the wording of the [federal Species At Risk Act] ambiguous, and often chose to ignore those timelines.  In fact, the Conservative government made no decisions at all about listing between 2011 and 2015, despite the fact that 82 species were assessed as needing that protection,” said Cannings, who spent eight years as co-chair of COSEWIC before running for office.

“I’m glad the government has seen the merit in my proposal, and I want to thank them for working with me to ensure that the Species At Risk Act functions as it was intended to all along,” he told Kelowna’s Castanet news network.

Cannings explained the importance of the measure on the GreenPAC blog last fall.

“The government doesn’t have to add things to the list,” he said. “They can say they won’t list a species.” But “when the government can refuse to take any action, it defeats the purpose of the whole process: They don’t do anything, and they don’t have to tell you.”

The two MPs’ back-to-back initiatives make the last two months a great snapshot of why GreenPAC exists. When Canadians flex their environmental muscle, more environmental leaders get elected. And when those leaders enter federal and provincial legislatures, they try to get things done. When they succeed, it’s a vindication of the long hours our volunteers and staff put in to make a difference, and it’s all the motivation we need to keep going.