Interning at GreenPAC: A Hands-On Opportunity to Make a Difference

What aspects of your work with GreenPAC have had the greatest impact?

I’ve worked at other companies and organizations before, but given their size, working as an intern has not always been the most meaningful experience. For such a small organization with limited staffing and time, GreenPAC’s output is pretty impressive, and all the work we do directly contributes to the organization in some way.

How has the work helped you develop your own knowledge and skills? 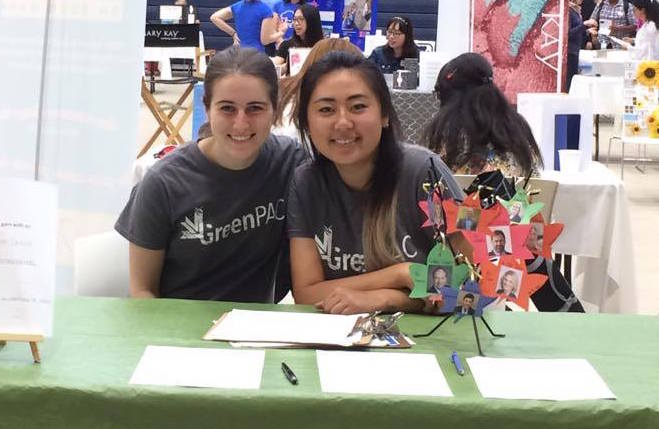 As an environmental studies student, many of the career paths I’ve been looking at have been in the not-for profit sector. There’s a big difference between learning about the sector and actually working in it, especially at an organization like GreenPAC that is trying to change the dialogue on environmental leadership—addressing both environment and politics, and pushing for more cohesion between the two.

Something you’ve found inspiring while you’ve been here?

I had to interview two candidates for the blog post I wrote on the Nunavut election. It was amazing to hear the similarity of their sentiments toward the environment, even though they were clearly at different points on the political spectrum. In many of my conversations here in Toronto, I’ve found that environmental issues often divide along party lines. But it doesn’t have to be that way, and hearing these candidates speak was very inspiring.

One thing that has surprised you since you began working here?

I knew GreenPAC was a small working environment, but I wasn’t quite able to visualize it until I started here. When I interviewed for the job, I remember being told it was an all-hands-on-deck environment, with a lot of scope to take ownership of my own work. I’ve been pleasantly surprised to find that both of those things are very true.

What’s one new thing GreenPAC could do to extend its reach or impact?

Along with my fellow intern, Dana, one of my projects this fall is to help launch a GreenPAC chapter at the University of Toronto. I think there’s massive untapped potential in the university: lots of people care about the environment, lots of people care about politics, but there’s no real space on campus for those people to have meaningful discussions. Students are often very willing and able to engage politically, but don't necessarily have the capacity or resources to do so. So creating a space like this at the university would be a great way to build environmental and political leadership among students.