In the Energy East Fight, We All Want the Same Things

The pitched media battle between Mayors Denis Coderre of Montreal and Naheed Nenshi of Calgary shows just how quickly the political debate can get nasty when the things that matter most to us are at stake.

It also points to what’s been missing so far in a suddenly much more open federal conversation on Canada’s energy choices and climate responsibilities. 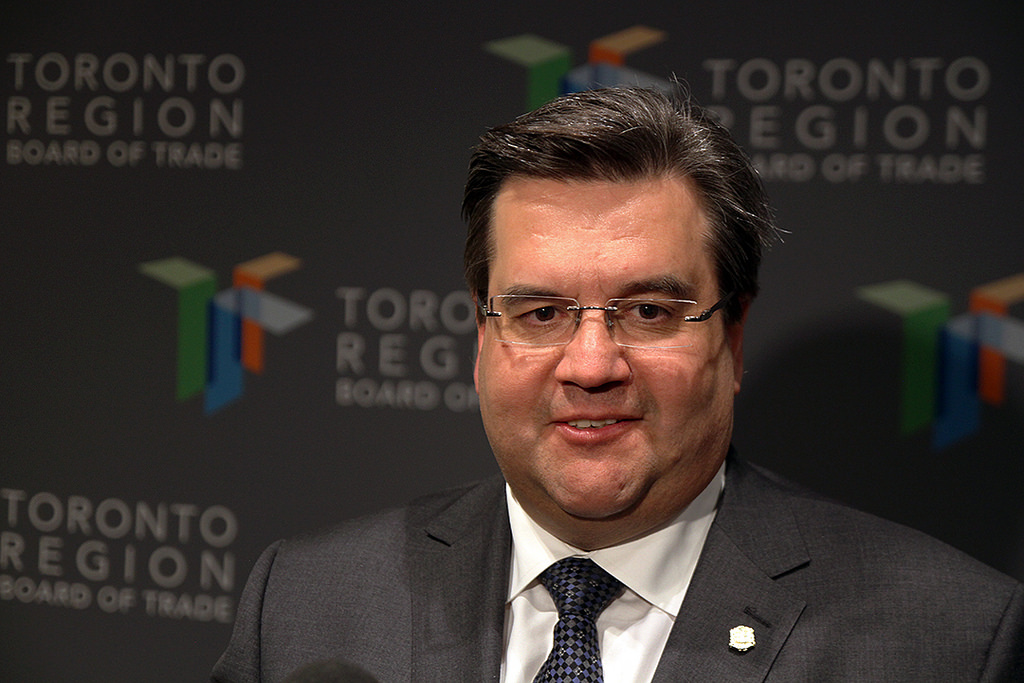 The firestorm began Thursday when Coderre, representing the 82 municipalities of the Montreal Metropolitan Community, came out against TransCanada Corporation’s controversial Energy East project. After careful study, he said, the MMC determined that the 1.1-million-barrel-per-day pipeline would deliver $2 million per year in economic gain to the Montreal region, against $1 to $10 billion in clean-up costs in the event of a major diluted bitumen spill.

“An oil spill can’t just be turned off, and it would affect multiple waterways, including water basins and groundwater—you have to take all of this into consideration,” Coderre said. “Call a spade a spade: It’s a bad project.”

“The prime minister said he didn’t like Northern Gateway, he has said he did like Keystone,” Nenshi told CBC Radio’s The House Saturday morning. “I think it’s time for him to say he does like Trans Mountain and he does like Energy East.”

Nenshi went so far as to frame Energy East as a nation-building project, while comedian Rick Mercer scolded Coderre (and, presumably, the 299 other Quebec mayors who oppose the project) for thinking locally, rather than nationally. Veteran Quebec affairs correspondent Chantal Hébert was quick with her retort: “What has not panned out is their Pollyannaish strategy of selling the plan for an oil pipeline as a nation-building project—liable to bring the country together in the way that the railroad did in the 19th century,” she wrote.

We All Want the Same Things

But if you cut through the immediate controversy, it looks like Nenshi, Coderre, and most of the rest of us are looking for the same things.

We all want steady, secure, well-paid jobs for ourselves, our families, and our communities.

We all want clean water, whether it flows through the Bow River or the St. Lawrence River. (And we want a stable enough climate to reduce the likelihood of the Bow River overflowing its banks.)

Most of us want climate action that aligns with the 1.5°C long-term goal for average global warming that Canada and 186 other countries adopted at the United Nations climate summit in Paris last month.

We can all get carried away by an inspiring nation-building project that brings the country together on the eve of its 150th birthday. (Admit it. You know you can.) Even if Energy East is not that project.

And we should all want to see Alberta recover quickly and well from what Notley herself described as the “boom and bust roller coaster ride” of fossil fuel development, in her election night victory speech last May 5. Anyone outside the western oilpatch who’s celebrating Alberta’s pain should consider some emergency nation-building of their own.

But that doesn’t make Energy East the solution. We’ve known for years that the large majority of the world’s fossil fuels are unburnable in any reasonable climate scenario, and there’s little reason to expect the project to survive a multi-trillion-dollar carbon bubble. With oil prices expected to stay low through 2018, and competing renewable energy options becoming more affordable by the day, it’s hard to imagine why TransCanada would even want to try.

So, yes, we should all be prepared to get behind a grand nation-building project that will deliver stable, secure jobs and put Canada on a path to drastically lower carbon emissions. We could start by committing to a plan to deliver a million climate jobs (actually, a million person-years of climate employment) over the next five years by investing in energy retrofits, public renewable energy, transit, and “higher-speed’ rail.

That’s the kind of nation-building that brings people, cities, and regions together, rather than driving them apart.

Mitchell Beer is President of Ottawa-based Smarter Shift and curator of The Energy Mix, a thrice-weekly digest on climate, energy, and low-carbon solutions.