Day Seven: A Time to Re-emerge, and Inspire

I had been scrolling and staring at the screen for days, tearing myself away for work and family tasks but gravitating back to it. I just couldn’t help it.

Understandably, many of us are dwelling on how Donald Trump got elected and what it all means on a wide range of fronts, including the environment. For starters, the President-elect has pledged to pull out of the Paris Agreement, scrap the Clean Power Plan, and ramp up fracking and coal-fired electricity. As one of his first acts, he has appointed a climate denier to head the transition team at the Environmental Protection Agency. 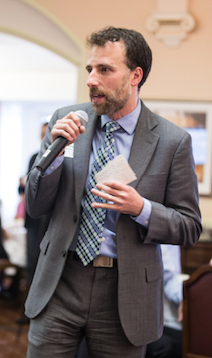 And this is only part and parcel of a broader agenda that will threaten the rights of women, minorities, or anyone with a different point of view from the President-elect.

I feel those on my feed have dissected every element of what led to a Trump win and how bad it will be. There’s been a particular focus on:

These reactions speak to our initial stages of grief: denial, anger, bargaining, and depression.

In Jewish tradition, when a loved one dies, the family stays in their home for seven days while others care for them. It is how Jews deal with these first four stages of grief. On the morning of the seventh day, the family re-emerges, often with a walk around the block to symbolize their return to society – acceptance, in modern parlance.

Today is Day Seven. It’s not a day to forget what we’ve lost. But it is a day to re-engage, adjust to how the world has changed, and determine how we fit back in. In doing so, we don’t simply replace hopelessness and defensiveness with optimism. The process will be difficult, and different, for each of us. But just as we’ve grieved together, we can move forward together. Just as we’ve drawn solace from one another, we can collectively channel our grief into determination and courage to move forward.

But if we choose to face the world with continued messages of hopelessness and defensiveness, we will fail ourselves by continuing to focus exclusively on our loss, and we fail our fellow citizens and the causes we care about, by instilling a sense of resignation.

So what does acceptance look like for a Canadian environmentalist?

In Canada, we often measure our progress relative to how the United States performs. In addition, the U.S. election makes us think about whether a Trump-like candidate could be elected here. This, mixed with the fear of what may come under a Trump Administration may prompt some to wonder whether we now need to be less ambitious about the change we seek in the world. Certainly, there will be those in government, even among environmental champions, who will now be tempted to make the political calculus that Canadians should now be content with a lower level of ambition given our southern neighbours’ expected lack of action on environment. And you can bet this notion will be reinforced by those vested in the status quo.

For environmentalists and our allies in government, this would be a strategic error.

There is no reason to believe that what happened last Tuesday has diminished broad public support on issues like environmental protection. If anything, if you cared about an issue like climate change a week ago, you are probably a whole lot more concerned about it today.

It’s that heightened concern that needs a voice in Canada going forward. But if we are still in the early grieving process as we face the world, we are choosing to be bystanders as that concern fades to resignation. In other words, if we choose to focus only on how recent events may create a smaller universe of the possible, it will be a self-fulfilling prophecy. 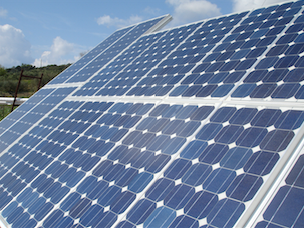 If we are indeed about to witness a decline of American involvement in global solutions to problems like climate change, that’s not a reason to push our leaders here in Canada to merely stay the course. It’s a reason to inspire our leaders to double down. On eliminating subsidies for fossil fuels now, not a year or two (or three) from now. On using the proposed carbon tax and related policies to shift faster toward renewable energy, energy efficiency, more efficient industrial processes, and net-zero-emissions vehicles and buildings. On growing Canada’s clean-tech sector that has become a model for export-oriented job creation. On ensuring that the $125 billion that Canada will spend on infrastructure over the next decade prioritizes “climate critical” initiatives while avoiding projects that lock in a wasteful high-carbon future.

These measures, and others, are what will create the low-carbon, prosperous future that Canadians want. And the good news is, it’s the same future that other countries want. By working with the Coalition of the Willing at the U.S. state level, and through processes like the UN climate negotiations happening in Marrakech, Morocco right now, we can help build that future.

In this context, backsliding shouldn’t even be on the table. Because if, and only if, we create these winning conditions here and elsewhere, Americans will get there – whether it’s under this president or the next one.

In modern day Judaism, some people take different amounts of time before they re-emerge from grief. Let’s make sure that when we do re-engage with those outside our environmental “family” that we do so in a manner that speaks with honesty and determination, in a manner that reflects how the world has changed. We can’t resurrect what we had, but we can get to where we need to be by creating new relationships and pathways, and a new level of ambition that speaks to the planet’s needs.

The toughest part of stepping outside your door on Day Seven is how overwhelming it can be to proceed into a world that exists without what you had before. That’s why the initial walk is only around the block.

So let’s start by taking small and familiar steps. Write a letter to your MP to tell them your expectation is for Canada to do more, not less, to protect our environment. Donate to an advocacy group that’s building the grassroots environmental movement in Canada, supporting environmental leadership in politics, or holding governments to account on the environment. During the next municipal, provincial and federal elections, donate time or money to a candidate for office that will be an environmental champion.

The most important thing to remember on Day Seven is that while we have lost something, we are still alive, and not merely waiting for the inevitable. As Canadians, we can’t directly influence how a Trump presidency will affect environmental issues. But we can influence what happens here. And at their best, our political leaders can be an inspiration and force for change globally.

Aaron Freeman is the Founder and President of GreenPAC, Canada’s non-partisan organization to build environmental leadership in politics.