We’re pleased and proud to announce that GreenPAC Founder and President Aaron Freeman has been named to the 2018 Canada’s Clean50, an annual list of environment and sustainability champions produced by Toronto-based Delta Management Group. 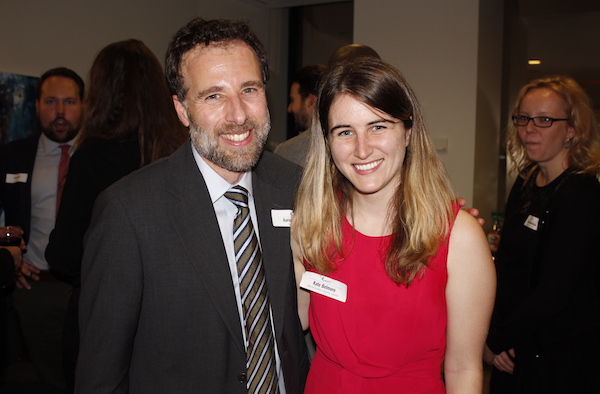 “Selecting Clean50 winners becomes more exciting each year,” Executive Director Gavin Pitchford said in a release this week. “We have the luxury of considering nominations from across the country with an amazing range of backgrounds.”

For Freeman, the moment of recognition in the Clean 50 Advocates Category is a powerful affirmation of GreenPAC’s work to leverage Canadians’ day-to-day environmental leadership into the political process.

“Canadians are taking action in their homes and workplaces, and experts are generating game-changing technologies and opportunities,” he writes in his statement for the Clean50 award. “But complex, global problems like climate change and endangered species loss won’t be solved without government action.”

Which makes it absolutely essential for anyone concerned about the environment to concentrate their influence where it can help shape the composition of the House of Commons and provincial legislatures.

“The political Achilles heel of the environmental sector is that support for environmental issues is broad but diffuse, spread out across the country,” he states. “It doesn’t translate well in a geographically-based electoral system. Worse, environmentally-minded candidates are often placed at a disadvantage against well-funded, better-connected opponents.”

That’s why two of GreenPAC’s core purposes are to “level the playing field for these candidates, and to translate Canadians’ environmental concerns into political action.”

Freeman traces the evidence-based, multi-party approach that drives GreenPAC’s success: a non-partisan Expert Panel that assesses candidates’ environmental records, outreach to supporters and the wider public to mobilize dollars and volunteer hours for endorsed candidates, and continuing contact with endorsees who win their seats, to help them truly lead from positions of elected authority.

“While GreenPAC is not yet three years old, our unique model is working,” he says. “Our efforts in the 2015 federal election helped elect 14 environmental champions to Parliament. With representation from all major parties, half of these champions were new to federal politics. Two of them—Natural Resources Minister Jim Carr and Science Minister Kirsty Duncan—have been appointed to Cabinet.”

But the best testimony of all for the GreenPAC model came from one of our elected candidates.

“Not only did [the endorsement] provide external and non-partisan validation of my environmental commitment, it gave a boost to our campaign's fundraising efforts,” said the candidate, now a federal Member of Parliament.

“I appreciate how GreenPAC sensitized environmentally conscious voters across Canada to their collective power as ‘political investors.’ And I appreciate that GreenPAC has established expectations that particular Parliamentarians will perform on sustainability issues. Ultimately, both GreenPAC donors and endorsed candidates are engendering environmental accountability together.”