This week and next, Climate Action Network-Canada (CAN-Rac) will be on the ground in Bonn, Germany, participating in the 23rd United Nations climate change conference (COP 23). The organization will be encouraging Canada’s official delegation to play a strong, constructive role in implementing the Paris Agreement. For CAN-Rac Executive Director Catherine Abreu, the success of that effort depends on political leadership across the political spectrum.

“The struggle to ensure that climate change is a non-partisan issue is so relevant to the UN Framework Convention on Climate Change,” she says. “We end up in these precarious positions where a change in government—south of the border, obviously, but we’ve seen it dramatically in Canada, as well— fundamentally shifts the roles countries play and the policies they bring to international climate agreements.” 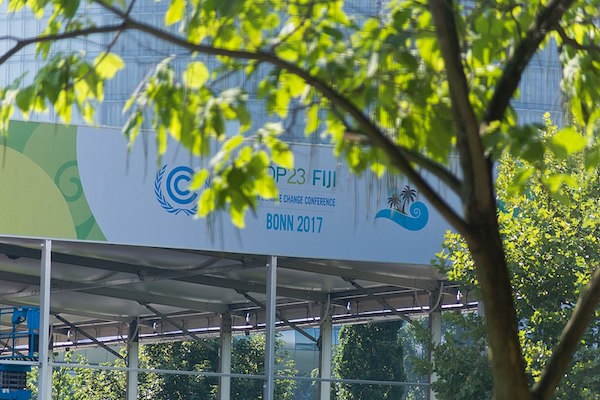 In recent memory, Canada has seen drastic shifts in both directions. “It was an embarrassment that we were one of the few countries to pull out of the Kyoto Agreement, and then we disappeared from the international scene,” Abreu notes. “Now, in a span of a couple of years, we’ve become one of a key handful of international influencers that are convening the global conversation about climate action. That’s a shock in the right direction to the international system. But we don’t know what happens to Canada’s role whenever we have a shift in government.”

Yet climate change is a poster child for the kind of issue GreenPAC lives to address—the big, long-term environmental challenges that need steady, consistent attention and action, regardless of which party holds political power.

Changes in government are obviously a fundamental feature of any democracy. But a politicized approach to climate change “creates a level of instability that is quite challenging to the international regime,” Abreu notes. “When we can get to a point where it’s no longer a partisan question whether climate change is real and worth acting on, where the differentiation is just on the means of implementation, that will be really useful.”

At COP 23, CAN-Rac will be looking for strong momentum to complete the “rulebook” for implementing the Paris Agreement. That work is supposed to conclude in the next 12 months, and 2018 will also be the moment for a “facilitative dialogue” aimed at amping up countries’ climate action before 2020 (a necessary undertaking for Canada’s current insufficient climate targets). As the chair of the G7 over the next year, Abreu says Canada has a unique responsibility in Bonn to help push both deliberative processes forward.

This year’s COP is also the first ever chaired by a country in the South Pacific, where small island states are already seeing some of the most severe impacts of climate change. Fiji’s leadership is an opportunity for the UN process to finally put practical emphasis on climate change adaptation funding, and on loss and damage—which means recognizing climate impacts to which it will be impossible for any small island state or vulnerable country to adapt. Abreu says CAN-Rac wants to see Canada support that conversation.

The Network is also looking to the Canadian government delegation to lead on the development of a global Climate Change Gender Action Plan, and on finalizing a platform that ensures the rich knowledge of Indigenous Peoples and local communities becomes a key ingredient of UNFCCC decision-making. And Abreu says it’s time for Canada to work more actively and constructively on a just transition for fossil workers affected by the post-carbon transition.