This is a guest blog written by Adam Auer. The opinions expressed in this article are of the author’s, and are not necessarily reflective of the views of GreenPAC.

Nature was a fundamental part of my childhood experience. Not just because my family had an affinity for outdoor adventure, but also because it was part of the cultural fabric of growing up in Canada in the 70’s and 80’s.

My cultural touchstones were The Nature of Things, Hinterland Who's Who, Farley Mowat, Bill Mason, a portaging Prime Minister and, of course, Beachcombers and Danger Bay. I was saturated with a deep nostalgia for wilderness and awareness of its importance to my Canadian identity. Places I had yet to see, like Arctic tundra or the vast glaciers of the Rockies, were as real and as important to my worldview as my own backyard.

It's hard to pinpoint exactly when it happened, but somewhere along the way I started thinking about nature as "the environment" — that is, something to worry about. 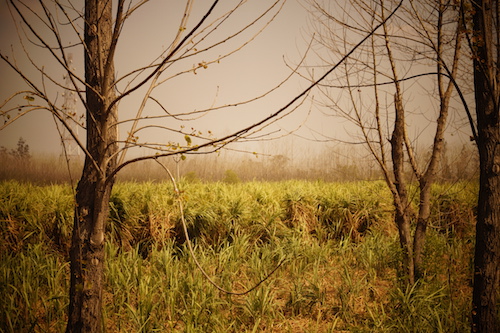 Acid rain, ocean dumping, clearcut logging, and (to be honest) somewhat vague notions of “pollution” began to instill in me a worldview that put the existence of modern human society in inherent conflict with nature. It was, for me, an initiation into the dichotomies that have stymied progress on environmental protection and sustainable development for decades, the most lamentable of which is "the environment vs. the economy."

Despite a long (and growing) list of exceptions that prove the rule, the environment vs. the economy dialectic remains an effective political trope for anyone who fails to accept the inescapable logic that the economy cannot succeed in an environment that fails. While environmentalists are often criticized for being alarmists and doomsayers, many of the “extremist” system collapse predictions of the mid- and late 20th century are increasingly the accepted narrative of some of our most conservative institutions; the World Bank, the OECD, NASA, the U.S. Defense Department, and global insurance companies are among the voices that now regularly speak out about climate change and other environmental pressures as fundamental threats to the systems needed to support organized human society. Or, as one of my favourite bloggers expresses it: “barring miracles, humanity is in for some awful shit."1

It’s a lot to ask people to take on board, personally or professionally, and while we all have a role to play, the environmental challenges we are facing require institutional responses.

I'm not a pessimist. I believe in paradigm shifts and rapid social transformations. Hard work by disparate groups and interests can lead to subtle, incremental changes in perception or practice that can rapidly catalyze into quiet revolutions. The catalyst, more often than not, is bold political leadership — an individual or government willing challenge the status quo and inspire a new story and vision for the future.

For years, those who challenged the “environment vs. economy” narrative (politicians, bureaucrats, academics or otherwise) were more or less alone in the wilderness, drowned out, brushed aside, or even ridiculed by limited political discourse. This discourse conveniently ignored all the evidence that a happier marriage between the environment and the economy was not only possible, but also necessary — not just to avoid catastrophe, but also to drive a new wave of human innovation and progress, fostering a stronger economy and a more prosperous, just world. 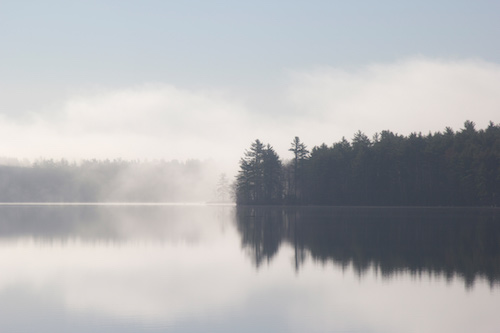 This is changing fast — who would have imagined even five years ago that the vast majority of Canadians would today live in jurisdictions with carbon pricing policies?

Despite this relatively sudden development, transitioning to a resilient, low-carbon, sustainable economy — one that protects the competitiveness of our economy in the short term but ultimately enhances competitiveness through environmental innovation — remains a herculean effort that will require far more fundamental shifts than simply putting a price on carbon. Now more than ever, we need a political establishment, at all levels of government, with a high degree of environmental literacy and a commitment to help maintain the momentum that is building around climate action to ensure that climate and other environmental challenges become an integral consideration of economic and other public policy efforts.

This is why we need GreenPAC.

The public is ready for a more mature conversation about environmental issues and a more honest assessment of the potential for a prosperous green economy. The only missing ingredient is a critical mass of elected officials who can champion these issues across the political spectrum. This is the critical political gap that GreenPAC aims to fill.

— Adam Auer is an Ottawa-dwelling father of three who has worked in the field of sustainability for over 15 years. He is currently the Director of Sustainability with the Cement Association of Canada.

The views and opinions reflected in this blog are personal and not those of the author's employer or affiliated organizations.

1. David Roberts, The awful truth about climate change no one wants to admit. Vox Science and Health, (May 2015).↩